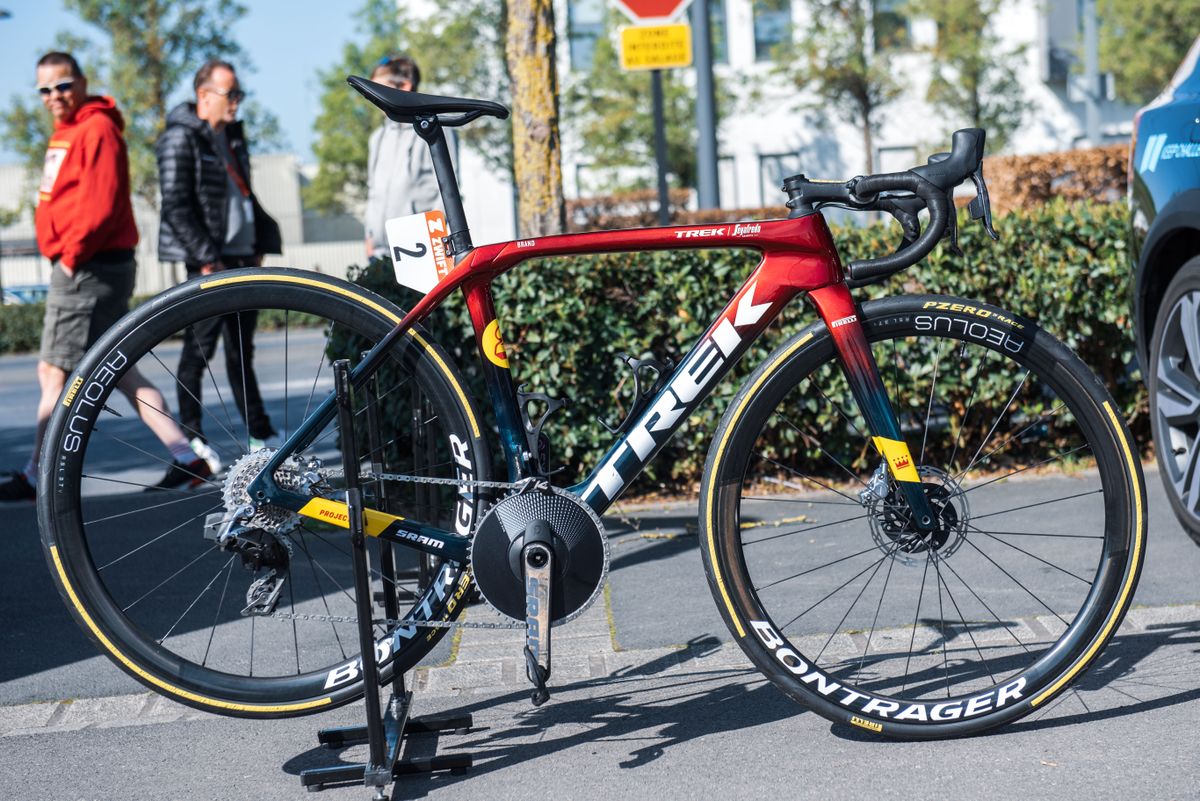 An unreleased Trek Domane with dramatic design changes has been spotted at Paris-Roubaix Women, where it is used by the women’s team with a single-chainring setup and tubeless tires.

The previous iteration of the Trek Domane was ridden by Lizzie Deignan when she won the first edition of Paris-Roubaix Women last October, at the time shocking many with its 1x setup and use of tubeless tyres.

Tubeless tires are already appearing more or less ubiquitous this year, but Trek has once again planned a surprise for the industry by unveiling an all-new bike.

The new Trek Domane would be the fourth generation of the bike originally invented specifically for cobbles in collaboration with Fabian Cancellara.

The new bike appears to have eliminated much of the progressive technology from the bike’s last generation, removing the IsoSpeed ​​front suspension system, rear IsoSpeed ​​adjustment and the bike’s seatmast has also been replaced with a more conventional seat post.

The front of the bike is much more reminiscent of the Trek Madone, with a deep head tube section leading into a bulky aero downtube, suggesting the bike is more focused on a combination of aero performance and comfort.

The frame appears to be made from 800 Series OCLV Carbon Fiber, in line with the latest generation Trek Madone SLR, while the storage unit under the bottle cage mounts appears to have been removed.

The bike carried Project One markings, suggesting that these bikes will be offered through Trek’s custom build program.

Given the aero considerations and choice of carbon, we imagine this could be touted as a replacement for the Madone as much as the Domane – in line with other brands that have phased out dedicated aero bikes in favor of endurance racers versatile.

Cycling technology for the cobbled classics

BetGames will offer a lottery studio with the Betway brand