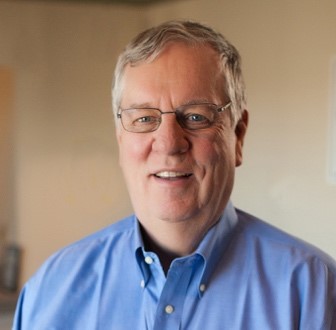 After nearly 40 years of driving the growth of robotics in manufacturing, industry legend John Burg will retire from his role as a salesman and as the founder of Acieta, the company announced. Burg plans to spend more time with his family, go fishing and work on his golf game. However, he will mentor Acieta’s sales team and offer advice on special projects as Acieta’s founder emeritus, the company added.

Burg started the company in 1983 while working as a machine tool distributor. He and his father, Marlo Burg, developed a fascination with robots used in machine shops, so they started Automated Concepts Inc. with eight employees and desktop computers. Over time, the company grew and advanced technologies by merging with other companies to finally be called Acieta in 2014. Acieta offers many types of robotic solutions, including robotic palletizing.

Under Burg’s leadership, Acieta has become one of the largest robotics integrators in North America. During his career, he has worked directly with thousands of customers to create a positive future for North American manufacturing, industry leaders noted.

“John has been a guide to the robotics and automation industry since he and his father started Automated Concepts (now Acieta) nearly 40 years ago. He has been an incredible mentor to me throughout my career at FANUC, as he has been to countless others in our field,” said Mike Cicco, President and CEO of FANUC America. “FANUC and my team are honored to have worked with John all these years, and I am so happy to see him about to start the next chapter of his life.

In 2002, the Robotic Industries Association (now called the Association for Advancing Automation, or A3 Robotics) awarded Burg one of the world’s most prestigious robotics awards, the Engelberger Robotics Award.

“As a board member for eight years, John helps set the strategic course for the industry and our association,” said Jeff Burnstein, president of A3 Robotics. “He has been extremely active in helping us launch our certified robot onboarding program and has shared his expertise in training current and potential robotics users at major industry conferences. He is largely responsible for the rapid growth of the robotics industry.

Burg has always been a visionary, looking for ways to apply robots for small businesses as well as large ones, the announcement added.

“He has taught so many manufacturers how to apply robotic technology to increase productivity and reduce costs, which has given these companies competitive advantages,” said Acieta Chairman and CEO Robby Komljenovic. “Long before the industry was talking about robots, John believed in the transformative power of automation. He was way ahead of his time. »

Burg’s advice to young people entering the robotics industry is simple: keep the customer in mind. “There are so many opportunities for a career in robotics, but you have to be prepared to give customers your full support,” Burg said. “You have the potential to improve their operations and make their lives better. Don’t be afraid to challenge yourself. Be honest and helpful, and you’ll appreciate what you’re doing.

Acieta will hand over Burg’s responsibilities to Greg Morehouse, who has been with Acieta for over 7 years in leadership roles within the procurement, project management and sales departments. Most recently, Greg served as Executive Vice President of Acieta where he led operations teams to develop robotics projects for clients. Greg’s current role is Vice President Custom Systems & Sales at Acieta.