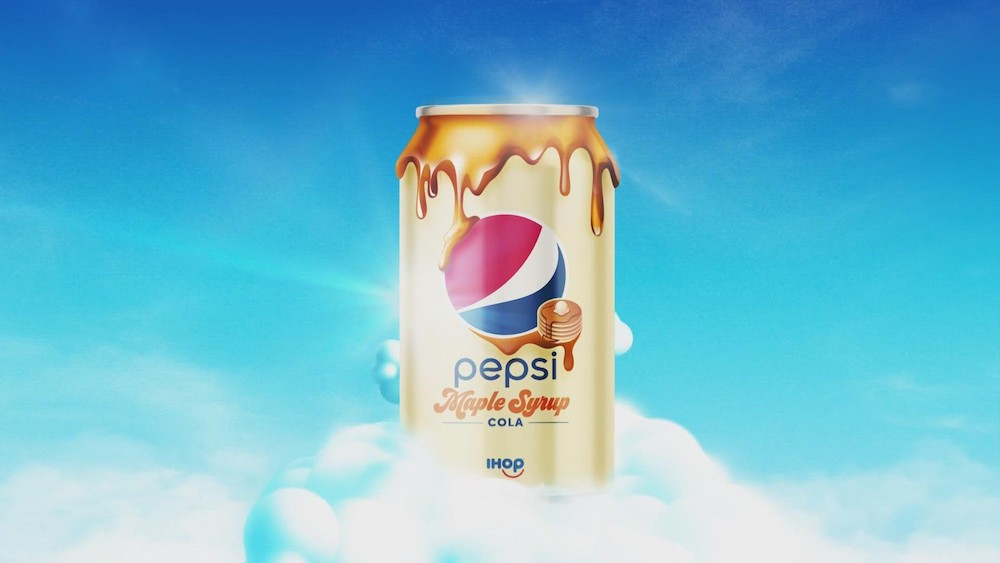 Pepsi has partnered with IHOP to create the limited-edition Cola Maple Syrup.

Pepsi and IHOP are teaming up to create the ultimate collaboration: a limited-edition maple syrup cola.

The new soda “combines the indulgent flavor profile of maple syrup with the crisp, refreshing caramel notes of a Pepsi.”

“At IHOP, we celebrate our history of bringing people together and creating a sense of unity, belonging and joy when they dine with us,” said Kieran Donahue, Chief Marketing Officer of IHOP. “We’re thrilled to partner with Pepsi to have fun and create a moment for our guests to take home an extra source of happiness with this limited-edition Pepsi Maple Syrup Cola.”

Pepsi Chief Marketing Officer Todd Kaplan added, “It’s not often that we bring two iconic brands together to satisfy the cravings of pancake and Pepsi lovers.”

But unlike previous upcoming Pepsi creations, the Maple Syrup Cola will not be sold in stores. And in fact, it won’t be sold in IHOP stores either. Instead, the limited-edition soda will only be available through a social media giveaway.

By March 29, if you want to get your hands on the maple syrup cola, head to Instagram or Twitter, post a photo/video of a stack of pancakes, then tag @IHOP and use the hashtags #ShowUsYourStack and #PepsiSweepstakes.

Share a video/image of your pancake stacks and tag @I JUMP + #ShowUsYourStack + #PepsiSweepstakes for a chance to win. A consumer will also be surprised by our personalized Pepsi Spout! pic.twitter.com/NqAkkirzz2

Only 2,000 winners will receive a “very limited edition” can of soda. Plus, only one person will win a personalized Pepsi spout, inspired by IHOP syrup pitchers.

What do you think of the new limited edition maple syrup cola? Will you enter the contest on social networks to try to win a can? Comment below.