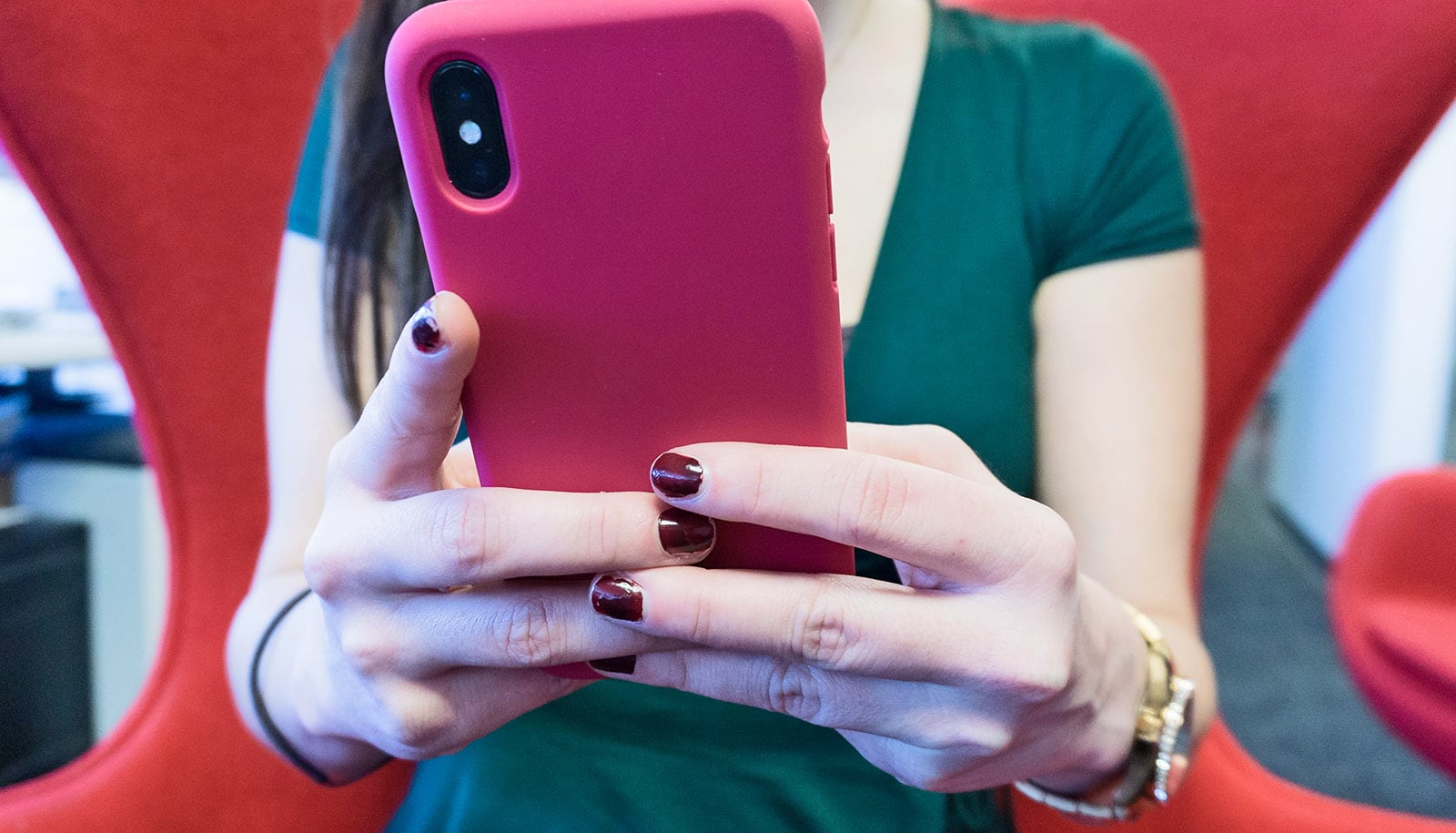 You are free to share this article under the Attribution 4.0 International License.

Smartphones can cause us to subconsciously prefer personalized products, research suggests.

The new study shows that consumers turn to personalized, rare or special products when engrossed in their phones. The highly private and personalized feelings we have towards our phones seem to encourage us to express ourselves more than if we buy products on a bigger computer or borrow a stranger’s phone.

The findings suggest companies should — and already could — change what they offer people based on the device they’re using. Smartphone activation of a self-expression mindset is also likely changing a range of behaviors, such as how people respond to political polls on mobile devices.

“When you use your phone, your authentic self speaks more. It affects the options you seek out and the attitudes you express,” says Aner Sela, professor at the University of Florida’s Warrington College of Business and co-author of the study.

Sela and her former doctoral student Camilla Song, now an assistant professor at the City University of Hong Kong, report their findings in the Marketing Research Journal.

The researchers suspected that smartphones would make people think about their unique identities. This psychological state is known as personal self-focus and affects all kinds of behaviors.

“People with a high level of self-centeredness tend to be more independent in the attitudes they express. They are less conforming,” Sela says. “When making choices, they tend to choose based on private or deeply held beliefs, preferences or tastes and are less influenced by social contexts.”

In five experiments with undergraduate students and online respondents, Sela and Song tested whether smartphones could encourage enough personal focus to change behavior.

The researchers found that people using smartphones were much more likely to prefer unique items over popular ones or to choose products that they were told had been tailored to their personality than if they used a larger computer. These effects disappeared if they received a loaner phone of the same brand.

“With a borrowed phone, you don’t feel like you’re in your own little bubble. What we’re seeing is that using the smartphone and enabling private autofocus is really unique to a personal device,” says Sela.

In related research that has yet to be published, Sela and Song also found that consumers are also more brand loyal and less likely to return items they purchased with their phones. Increased self-focus also leads people to express deeply held beliefs, such as political opinions, more strongly.

These findings, coupled with the ubiquity of smartphones, suggest that this unconscious push toward self-expression could influence nearly all of our behaviors, from ordering sushi to online dating.

Letter: Why Norway won’t cut petrol prices in the event of a supply shortage & more