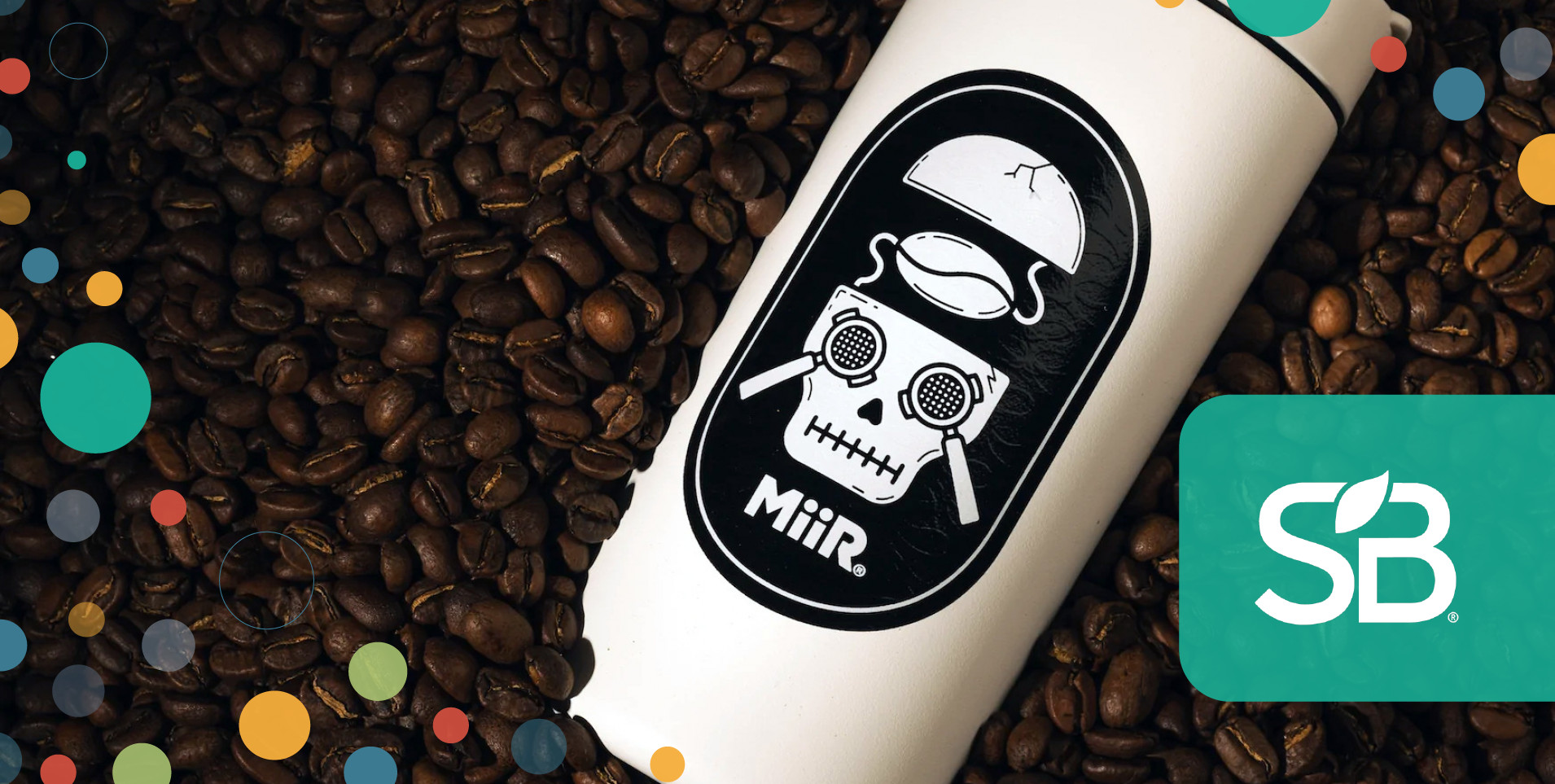 The design-driven glassware company used existing production channels to find a new route to market for units that would be wasted from its B2B program.

If you go to your favorite independent coffee shop, chances are the store will sell some sort of personalized glasses as a souvenir for visitors and a reusable container to wean regulars off disposable paper cups. For the majority of these stores, there is a good chance that the glasses come from Seattle-based
MiiR.

The 12-year-old company’s reputation is rooted in tumblers, canisters and more, all with a major focus on social and environmental responsibility. According to the VP of Supply Chain and Brand Sustainability, Josh StingerMiiR’s personalized B2B program forms the bulk of its overall business – supplying stores and retailers (such as Patagonia) with a product adorned with personalized illustrations of the customer’s choice.

“However, there is a small percentage of flaws (in this program) that result in the accumulation of thousands of units,” Stinger said. Sustainable Brands™. “It kind of became a situation where our warehouse manager asked us, because this beast was growing and starting to impact our warehouse space.”

Stinger says custom lenses can be rejected for a number of reasons – whether it’s the wrong artwork placed on the product, poor positioning or the customer not liking the piece. final. He estimates that it happens in batches 1-2 times a month – and ultimately these products are still perfectly usable, but not suitable for traditional sales channels.

According to Stinger, the company has realized for some time that there are potential opportunities with this rejected product; but facilitating and launching a viable program continued to be deprioritized.

“Now that the bandwidth has opened up, we said to ourselves ‘we have to do this'”, he notes.

MiiR calls the program “Re: Claimed– it basically comes down to adding a “busy layer” over the existing artwork or design to cover up what’s there, and then coming up with something new that meets brand standards.

“It’s a great way for us to collaborate with designers and bring the product back to life,” Stinger says.

A launch in four phases

MiiR has a four-phase plan for Re: Claimed, the premiere of which began with the first release earlier this year. Stinger says the initial sale was very successful, with less than 5% of inventory remaining. The company plans to launch a second Re:Claimed product for this holiday season, then launch phase two of the plan early next year (Stinger declined to comment further on the full scope of each phase).

The program aims to be another way for MiiR to put a product into the world for its intended use – and to bring something existing to market rather than having to create something new. While the rejected product is ultimately only a small slice of the company’s sales pie, it serves to reduce the potential waste and footprint of all that custom product gone wrong.

“It saves us having to go back to the well; and we can do something special,” Stinger says.

Geoff is a freelance journalist and editor dedicated to making the world a better place through compelling writing. It covers everything from clothing to travel, while helping brands around the world craft their message. In addition to Sustainable Brands, he is currently a contributor to Penta, AskMen.com, Field Mag and many others. You can check out more of his work at geoffnudelman.com.