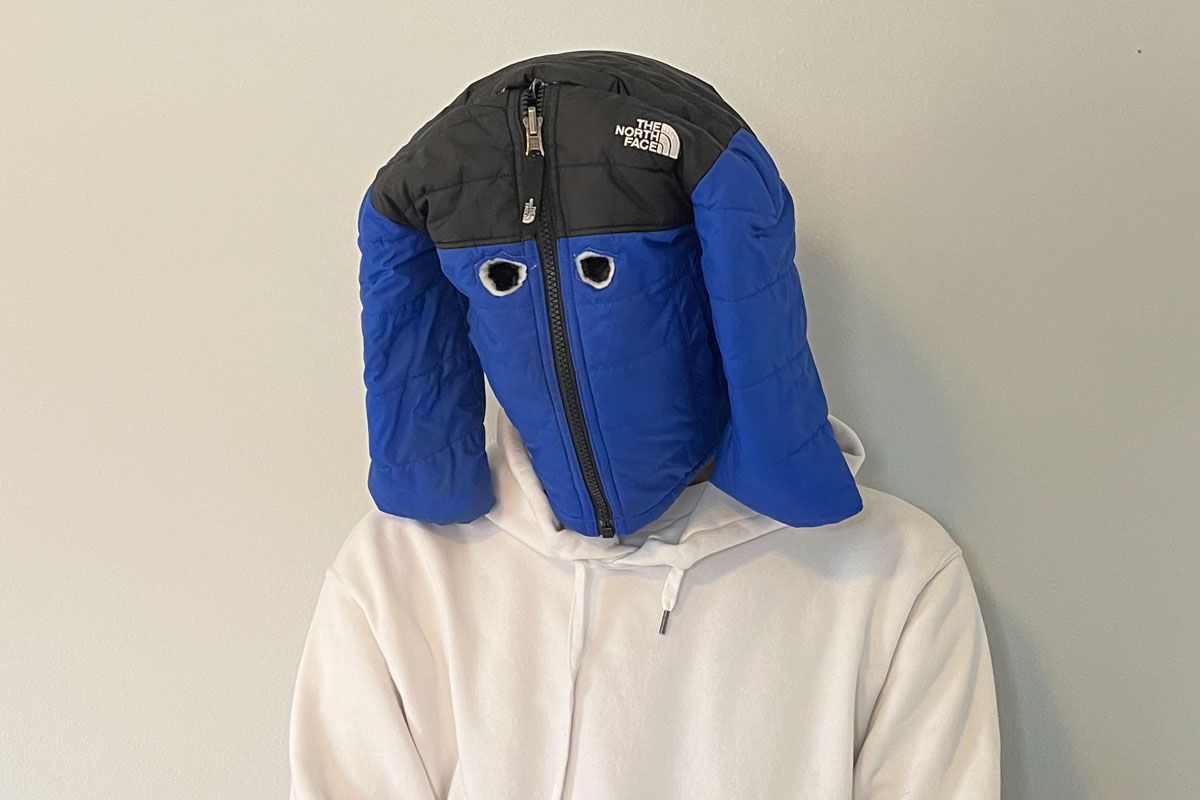 Balaclavas are on the rise, but it takes a very special balaclava to generate 50,000 likes.

Earlier this week, a tweet immortalizing a series of custom-made balaclavas, available for sale on Grailed, went viral. The post was quickly picked up by Instagram fashion accounts including Very Advanced, catapulting the tweet, its content and its creator – one user by the handful @themboydeerdog — to online infamy.

The designs are completely wacky, in a wonderful way. Essentially headwear made from children’s jackets from Moncler, The North Face and Patagonia, the tops feature eye cutouts at the chest (which are, admittedly, far from symmetrical) and drop sleeves which rest on the head like drooping ears. .

A bit of research online reveals that the balaclavas are the work of an emerging brand called Zimolot, a recycling project started by Maryland-based Russian-American designer Tikhon Larin.

Larin currently sells the head warmers and other handmade items through oralarchive on Grailed, an account named after her second Instagram, which collects images of “pieces that I appreciate”, as well as her own work.

Notably, Larin’s lists for creative headgear contain a slew of comments, a rarity on Grailed. He even sold a few of the eye-catching pieces, proof that Zimolot has captured the internet’s attention, at least momentarily.

“Zimolot (Зимолот) is a word I created which is a combination of ‘zimo’, winter and ‘molot’, hammer,” Larin told Highsobiety. “The idea of ​​the brand is to hammer and rebuild old clothes into something new.”

“With the balaclavas, I was inspired doing the first one, the Patagonia,” Larin explained. “It kind of happened by accident… I was shopping for clothes and I thought people were already making these types of masks. I thought of a hoodie with bunny ears – the sleeves might be the ears.”

“I immediately knew seeing that jacket on a face would mess people’s heads up,” Larin added, a hunch that came to fruition after sharing photos of the balaclavas online.

“As far as virality goes, I was expecting some kind of backlash with The North Face [balaclava]but I didn’t expect it to go this far,” Larin explained, dropping the name of the book. Contagious by Jonas Berger.

“The book explains how something goes viral: the perfect mix of familiarity and surprise. The North Face Logo [fits into] this concept – [it’s] digestible, but still shocking.”

As impractical as balaclavas seem, no one else designs headgear quite like Larin’s (an impressive feat, considering design’s tendency to remake what’s old).

Any bets on how long it will take Ye to sport an original Zimolot?