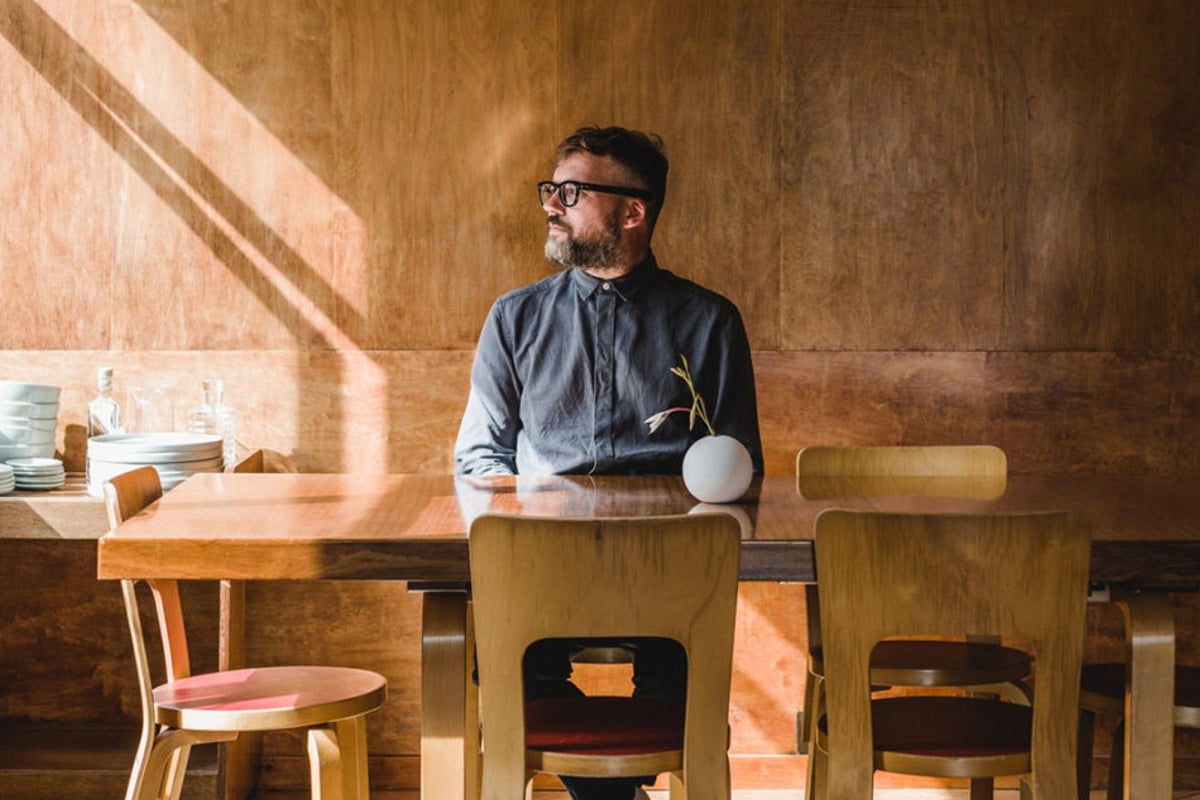 At the eyewear makers’ London headquarters, Cubitts, they have a frame wall with a fun title.

It features all of their many four-eyed celebrity fans, sporting their hip glasses. Among others, there are Jay Blades from the BBC program The Repair Shop, Prue Leith, Stanley Tucci, Madonna, Steve Coogan, Hugh Grant and Alan Carr.

They also have a wall of shame, which currently only features, as the company’s founder and CEO, Tom Broughton, 41, puts it, “the guy who founded Cambridge Analytica.”

They hope no one else ends up on it. “Like Michael Gove, or Boris Johnson”. Luckily, Bo-Jo doesn’t appear to be wearing glasses.

Now we can check out their specs and chic sunglasses, as this company, which has 15 branches including those in London, Brighton, Cambridge and Leeds, has just brought its bespoke products and eye tests to Scotland. There is a new store at 1 York Place in Edinburgh and another at 88 West Bow.

The idea of ​​an outpost in the Scottish capital has been in the works for some time. It was originally thought to be a location for their second store after Soho in London.

“When we started nine years ago, our very first designer lived in Edinburgh. I often went to see him,” says Broughton, originally from Leicester. “I mentioned opening a store there. He said, if so, what kind of place would you have? I said it would be amazing to have a beautiful store that visually resembles Edinburgh. Beautiful and elegant, almost slightly stately and on a corner. Then a week later he sent me a picture of the store we’ve now opened on West Bow and said, is that good enough? It was absolutely amazing, but at the time, we couldn’t afford it. We ended up losing, but we’ve been watching him ever since.”

It seemed even more fortuitous to them when they later discovered that the front-fronted property once housed an optician more than a century ago. However, he had also had previous incarnations as a leech seller, kilt maker, and Christmas shop.

As the stores’ cerebral design is important to this brand, they updated the decor in homage to modernist designer Bernat Klein, who was based in the Scottish Borders and once lived in a house he commissioned, High Sunderland, built in the Fifty and located between Selkirk and Peebles.

“We tried to kind of take the design aesthetic and replicate it on a small scale,” says Broughton. “So there are modular wallcoverings and we used nice hardwoods, but then we put them together with little bursts of color – yellow and green. He had built-in sections in his house so he could hang his own works, so we included works in homage to Klein and Scottish artists.”

This theme suits their clientele. When they interviewed customers, they found that they were interested in art and architecture, and culture in general.

Even their lens cloths – usually an afterthought – are a bit arty. They released versions that were designed by Grayson Perry and Scottish artists, David Shrigley and Robert Montgomery, among others. their chosen charity, the Alzheimer Society.

They are also partnering with a number of local independent businesses, including local tailors Walker Slater, to display a curated edition of frames in their stores, and Golden Hare Books, who will feature their suggested readings in the Cubitts New window. Town. This is in addition to collaborating with jewelery and silversmith students from Edinburgh College of Art on a live design brief, with the winners’ work soon to be displayed in stores.

Everything is a little more sophisticated than your average optometrist.

“We’re not Specsavers,” says Broughton, who started wearing glasses when he was around 14.

The second store is in the New Town and is part of an A-listed building dating from 1824. The interior of this corner branch is inspired by the library and print room of the Scottish National Portrait Gallery near.

“This space has floor-to-ceiling bookcases, all of gorgeous mahogany with that kind of romantic diffused lighting,” Broughton says. “We were inspired by it. We wanted to couple it, so that the very fabric of the building could breathe and show itself”.

They’ve also added a selection of vintage Scottish ceramics and artwork by John Bellany and Andrew Grassie. As Broughton says, “Imposing isn’t the right word, but we wanted it to be pretty special.”

These spaces all provide a backdrop for the stylish eyewear, which costs from a fairly reasonable £125 a pop, and has evocative or literary names like Woolf or Colonnade. There are also two new exclusive frames for each store in Edinburgh. Elder and Anderson will be available from Cubitts New Town and will feature bold, round silhouettes and sculptural detailing, while the ’60s-influenced, aviator-shaped Cowgate and Bow will be available from Cubitts New Town. .

“People are definitely more emboldened in their choices. When we started, some said the only color people will want is black. It’s probably our sixth most popular color,” says Broughton. “Every year you see more and more people wanting vibrant or custom shades. They also want bigger frames. Before, designs were small and superficial, whereas today there is more of a feeling of identity”.

Interior of the West Bow store